What is ‘Summary Card with Large Image'

We are glad to bring Twitter Summary Card with Large Image addon for all of our user. This is one of the newest card, and super useful for website who has content to share and nice image as well.

In one word I will summarize it as Photo Card + Summary Card = Summary Card with Large Image. You get the visual exposure of Photo Card plus content depth of Summary card, all together. Read details in Twitter Official site, we just automate the system and you dont have to code anything! But you must have free Twitter Cards Meta already installed, this is an addon.

What Our User Saying?

ArnoAnou
works just fine + support does so, too
Been using this for close to two years now, if I remember correctly, and it works just fine, does its job and you near [...]to never have to think about it again. Had one issue once (a different plugin generating content that TCM mistook for an excerpt), but support worked (took a while, but some problems just do, I guess) and with a recent update it got solved. Thank you, developers! Read more »

martialspirit (eclecticphilosopherdesigner)
Great tool!
Does what it ways, and does it well!

Why you must have this Addons?

# You must have main plugin Free version of ‘Twitter Cards Meta‘ already installed.

# Locate the downloaded zip file and complete the upload and click to activate the plugin.

# After you install the addon, head over to our “Twitter Cards Meta” option menu, you will see ‘Summary Card with Large Image‘ is now available to select.

# Now whenever you are in post or page edit screen, you will get the meta box in sidebar to choose Twitter Cards type.

# Head over to the Twitter Card Validator Page, input an url of your site which you configured as “Summary Card With Large Image”. If it Validates, you have to request for whitelisting it. Yes, if it seems weird, Twitter require you to whitelist each and every Card type separately.

Video Guide: How You Use This Addon!

Does it need any theme customization or anything?

No, just activate the plugin and follow the steps.

Images larger than 120x120px will be resized and cropped square based on longest dimension. Images smaller than 60x60px will not be shown. (From Twitter Cards guideline page).

Do you have more detail guideline?

How can I get Support?

Why its not free?

We released Twitter Cards Meta about a year ago. It got good response from the community, and soon became the most used Twitter Cards plugin in WordPress.org. Later Twitter released 5 more different types of Card. But other Card types are little complex then Summary or Photo Card. And at the end of 2014, Twitter changed their meta structure, and to be 100% Validated in W3C Markup Service, we had to restructure the core plugin. I personally lead the development phase all alone in that stage. But as my life changed dramatically after I became dad for the first time, I hardly had the time. But the continuous and steady growth of the plugin inspired me to spend more time in this plugin. So, I start working on addons which will add other Card support. To sustain the development and my time, I had to make it premium, but to make it accessible for all I made it very cheap, and affordable, priced just $14.97 USD, so you could get the benefit of Summary Card With Large Image and I could sustain the development and my time.

Do you need help in setting up Twitter Cards Meta? Now we could help you Install, setup, file for card validation to Twitter, setup addon or help you fix any issue related to Twitter Card. We have a team of Avenger! Click here! 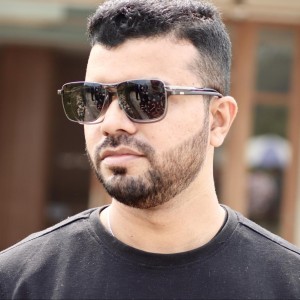 Founder of WPDeveloper, and Lead Contributor. In love with WordPress since 2004.

How to Embed Instagram Feed on WordPress Using EmbedPress For Free

How to Embed Google Sheet in WordPress Gutenberg & Elementor Instantly

How To Delete WordPress Account Or Blog (WordPress.com & Hosted)

Subscribe now and join with 700K+ users to get exclusive WordPress resources.